New technologies have helped acquire even more data and knowledge, pushing the size and complexity of mathematical models to describe an ever increasing level of detail.

This new generation of richer models has been suffering from computational complexity especially during sensitivity and optimization phases.

QSPcc was designed to be universal at handling, out of the box, a wide range of modeling styles in engineering and life sciences.

Today, as opposed to other solutions where the existing code needs to be tweaked, mangled or often re-written, QSPcc is able to seamlesslly compile regular code as regularly written by scientists.

QSPcc allows to break the boundaries of computationally “boxed” markup standards that describe only a certain type of reality, as it allows to translate full-fledged universal code written in MATLAB or R. 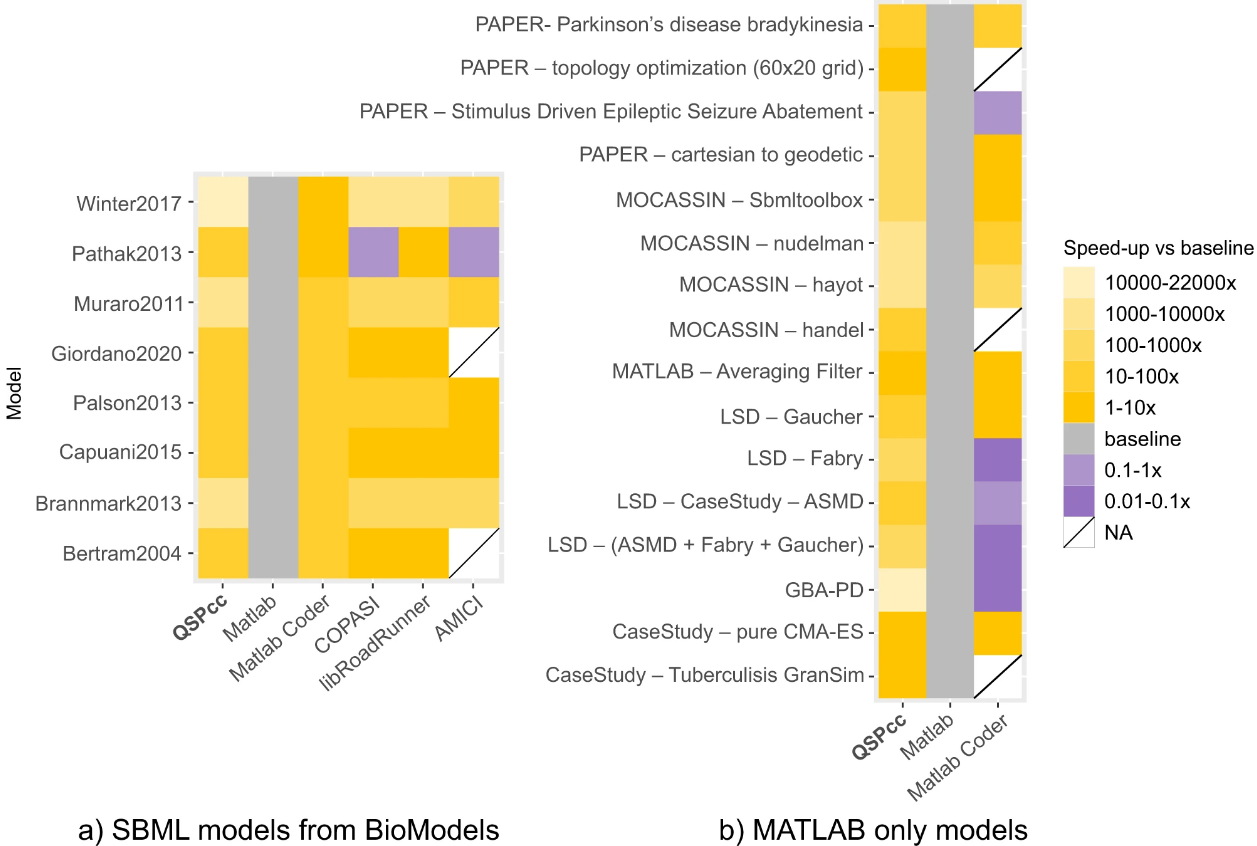 With speed-ups of 22000x peak, and 1605x arithmetic mean on the original modeling projects, QSPcc consistently delivers superior performances and has several times backed, or enabled, the scientific and commercial success of modeling projects in research and therapeutic development of new or existing drugs.

The source code and binaries are publicly released on GitHub under the BSD-3 license.

If you are going to cite or use this software, please use